It’s an epic battle between the JSA & the ISA in the stellar Season Finale!

After watching this finale episode, I can safely say that DC’s Stargirl is my new favorite DC live action television series. This first season has been a triumph in superhero storytelling in my humble opinion. Geoff Johns and crew masterfully brought the Golden Age heroes and villains to life in such a fantastic way. This show does an incredible job honoring the comics and bringing these characters to life in a more modern context. It is evident that this was a passion project for Johns. It also serves as a beautiful love letter to his late sister Courtney, who inspired the title character. Brec Bassinger and the entire cast have been a joy to watch on screen every episode. Each character has been complex, compelling, and masterfully portrayed. This finale was definitely a worthy close to this exciting first outing for the new JSA! Let’s recap!

“Stars & S.T.R.I.P.E. Part Two” begins three minutes prior to last episode’s cliff hanger. The recently deceased Principal Bowin’s son, Isaac, aka Tuba Turd, attacks his bully with his tuba. The band teacher breaks up the fight and begins to take him to see his mother (not knowing she is dead). Before he can get far, the Synaptic Amplifier rises out of the middle of the football field. Every adult in Blue Valley falls under the control of Brainwave including the teacher, who fights it and dies.

In the tunnels, Pat (in S.T.R.I.P.E.) attacks Courtney, but stops when she gets through to him. She tells him that she loves and accepts him as her father. Pat then begins to fight the reprogramming.

Meanwhile, Beth and Chuck determine that the ISA are using devices to make themselves immune to their mind control. Furthermore, they realize that there are several signal blockers that are offline in the town. Gambler gleefully informs them that they cannot reverse what has already begun. Chuck suggests to Beth that they target the Gambler’s money in order to distract while they target the signal blockers. While Beth hacks into Sharpe’s holdings and transfers the money into charities, Chuck is able to activate the blockers and hold them long enough to free Pat, Barbara, and Justin from Brainwave’s mind control. The JSA regroups (minus Beth and Barbara) and faces an angry Jordan, who is joined by Dragon King, Sportsmaster, and Tigress. During the battle, Sharpe unlocks the cells releasing both Solomon Grundy (who looks incredible) and Shiv. Despite this, the JSA and the Shining Knight gain the upper hand over the ISA. Shiv betrays her father and kills him indirectly saving Justin from death by Dragon King’s blade. With Ito dead and the others incapacitated, Jordan leaves. Courtney is ambushed by Shiv while Hourman and S.T.R.I.P.E. take on Grundy.

Brainwave orders Sharpe to loop his reprogramming so he can help kill these kids. Wildcat rushes off to the machine, but on the way she faces Ito’s zombies. One of the zombies reveals himself to be Henry Jr, who explains that he survived his encounter with his father and wants to stop him for good. However, Yolanda slashes his throat when he says “Where are your friends?” Brainwave collapses and dies as Yolanda tells him “They were Henry’s friends too.”

Grundy begins tearing apart S.T.R.I.P.E. leaving Pat defenseless. Rick runs in and saves him and takes on Grundy alone. Pat runs off to find Barbara. After beating Grundy to pulp, Rick realizes that the creature is just acting on instinct and is simply a dumb beast. Gaining the closure he needed, he then decides to spare Grundy’s life and allows him to escape.

Meanwhile, Courtney and Yolanda find the machine and destroy it thus saving the town and the country from the ISA’s control.

Back at the American Dream, Icicle arrives and destroys the goggles and Chuck. He blasts Beth away when she tries to attack him. He then kidnaps Barbara and takes her to the top of the building’s tower. Jordan begs her to understand his point of view. He tells her to look at all the good he has done for the town and the world. He asks her to come with him and vows to protect Courtney and raise her as his own. When she rejects him, he attempts to throw her off the ledge, but Pat steps in and distracts him. Jordan scoffs at him saying he can’t stop him without powers. “How are you going to stop me?,” he says. Pat confidently replies, “With our daughter!” Courtney flies in and attacks Jordan. The duo prove evenly matched and are blown apart from their energies colliding. Jordan lands in the street while Courtney is caught by Yolanda. Before Icicle can attack again, he is hit by an oncoming car driven by Mike! The ice villain shatters into pieces.

In the aftermath, the JSA mourn the loss of Chuck, but plan to rebuild the goggles and get him back online. They also send Justin on his way. The Knight thanks them for helping him find his purpose. He tells them that he plans to find his horse and any surviving members of the Seven Soldiers of Victory. Pat tells him to report his findings as he would like to see his old friends again.

The news covers up the events claiming a massive earthquake hit Blue Valley as Sharpe wipes the ISA’s systems and escapes. The Shade returns and watches the news in the ISA’s meeting room. “Oh, Jordan. I told you it was folly,” he scoffs.

Six weeks later, the Whitmore-Dugans along with Rick, Yolanda, and Beth celebrate Christmas. In a sweet moment, Courtney gives Pat the gift she had intending for her father ten years ago. It is a World’s Greatest Dad mug! The two embrace as Barbara looks on. In the closing moments, Stargirl and S.T.R.I.P.E. watch over the city after enjoying a fly around. Meanwhile, in North Hollywood, a man claiming to be Sylvester Pemberton (guest star Joel McHale) searches for Pat at the latter’s old apartment building!!!

As I stated earlier, this episode was simply incredible in every aspect! A masterfully executed concluding chapter to a brilliant first season! Thank you to the entire cast and crew for your hard work and dedication to these characters and this world. This show has brought a lot of hope for people (including myself) during this difficult time.

I cannot wait for next season on the CW!

Thank you to everyone who has followed the season along with me through these reviews! 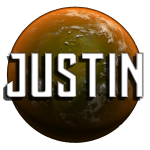