To be honest I haven’t seen or heard much about the series asides it is about Alfred Pennyworth i.e. the very well known butler of the Wayne family. My knowledge of Alfred’s background is very limited, only really what I have seen on screen so when I heard there was going to be a series about him, I was excited. The pilot episode is 1 hour 11 mins long so get comfy and enjoy!

The opening sets the tone very well- a bunch of hounds ripping apart a fox- very apt to the episode. We are introduced to Lord Longbrass and Bet Sykes (played by Paloma Faith) and the Raven emblem- all very important throughout the episode.
The title sequence I like a lot- the aesthetic is great. Reminds me of a Bond and Sherlock mixture which is what I am hoping for this series (not sure if many would agree with me though…) I am not familiar with many of the actors named but I am assuming I will recognise some of their faces!

We are introduced to ‘Alfie’. He is handsome, well put together and equipped with that East End accent we all know and love. Alfred is with his friends, ‘Bazza’ and ‘Dave Boy’- good chemistry between the three, and looking at the circumstances we know they served together. I get vibes of loyalty and deep respect between them. They both say that Alfred is too kind hearted to be successful in the Security business.
Side Note: I do cringe at Daves accent but its a smiley cringe- being Glaswegian and that. I did look up the actor, Ryan Fletcher, up on IMDb and found out he is from a neighbouring village from me!

The scenes inside and out of the club starts to show us what kind of man Alfred is. He is capable, he is quick thinking, he is morally ambiguous and he is a charmer. So far I like this Alfred. We are introduced to two important characters- the dancer (soon to be girlfriend) Esme and Thomas Wayne.

We cut to the Prime Minister ‘explaining’ what is going on in simple terms. Reminds me a little of Harry Potter and the Goblet of Fire when Hermoine is explaining to Krum how to pronounce her name- obviously put in for the viewers. We are introduced to the Raven Society (they want to overthrow the government and create a fascist utopia) and the No Name League (they want to overthrow the government and create a socialist utopia). There seems to be an understanding that they can continue to run, if kept quiet, however the Prime Minister notes, they are now making a lot of noise! So lets expect unrest! Dark wheels are turning’.

So up until now it has been fairly full of introductions and set ups across seemingly different stories, but then it changes with the kidnapping of Esme. The deal is Esme for Thomas Wayne (despite limited interaction between Alfred and Wayne so far)- So we are dealing with the Raven Society as can be seen through headed notepaper. From this we have more Alfred/Wayne interaction. There is a mutual respect, I believe, from the beginning. They may not know each other motives or intention but there is just something. I’ll not go into too much detail but eventually Esme is free, as is Wayne. The part where they are leaving the mansion, the police rock up and say a line which I though would be great for the title of the episode ‘Spot of bother?’

The final scenes with Mum and Dad Pennyworth also give a glimpse to Alfred character. He has previously mentioned he is NOT his family but they are a part of them, and this scene shows just how similar they are when united under loyalty. Sykes is a cracking character as well- not sure what her motives are but I was suprised how much I liked her! 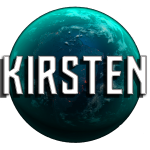