This episode was very cleverly done. The events of Team Arrow catching up with Emiko again are told through them being interrogated by Dinah after two guards are found dead at an underground subway. Best of all, Confessions brought the return of Roy Harper to the present day as his unique parkour skills are needed for this mission.

Yes, we’ve had Colton Haynes back all season but there’s nothing like watching him back on screen as part of the team. I’ve said before that Roy was probably my favourite character from the start of the show and for that reason I’m just fan girling that he’s back properly. There’s a little update on what’s been going on with his quest, alongside Thea and Nyssa in destroying all the remaining lazarus pits. I liked this and I still live in hope that Willa Holland will return before Arrow is over for good.

During the interrogations they all take turns in squealing on each other one by one. Felicity’s time in the hot seat was hilarious as she’s quite clearly giving in to her pregnancy cravings by taking full advantage of eating for two. Obviously these guys would never be so backstabby and it evolves that they have orchestrated a story to cover for one particular member of the team. Even Dinah is in on the act and they are all pretty damn convincing. It’s all to protect Roy who is eventually revealed to be the killer, even though the blame has firmly been left at Emiko’s door. My initial reaction was that Roy must still have some mirakuru in his system but there’s a deeper, darker explanation which Oliver cleverly works out for himself.

Oliver has rid himself of any loyalty to Emiko and he really means business in stopping the Ninth Circle. There’s also a huge revelation from Emiko at the end of the episode which quite literally knocks him for six – she causes an explosion which leaves him trapped and unconscious under a huge amount of debris. And they might all be basking in their ability to lie but they’ve fallen straight into a trap laid by Emiko. 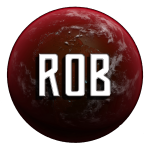