The episode kicks off with Oliver and Diggle at Prometheus’ mother’s house. Oliver goes in and informs her of her sons antics as Star City’s newest villain, expecting her to give him some much needed info. She refuses to help. All is not lost though as a devise made by Felicity and Curtis extracts some intel.

Some of our favourite female villains of the past join forces this week. China White, Cupid and Liza Warner take over a prison transport bus and head back to Star City in search of a hefty amount of money left behind by Tobias Church. Felicity uses those quick fingers and in next to no time finds their location. It takes two attempts but The Green Arrow catches them up. Is it just me that still feels extreme inner joy when he mumbles those famous words ‘You have failed this city’? The Green Arrow almost has them is his grasps when he is interrupted by those pesky ACU agents. He is arrested for the murder of Detective Malone but manages to disappear in a cloud of smoke before they can take him away.

The ladies actually make a pretty fab triple act of villains. Needless to say things don’t work out for them, but I for one would love to see them back together very soon.

Oliver, Quentin and Adrian call a meeting with Agent Pike in he hope he will cut The Green Arrow some slack, but he’s not interested. Oliver ends up going to Pike’s office and confesses The Arrow’s sins and asks for his understanding in the fact that he was set up by Prometheus.

Susan mans up and asks Oliver straight out if he is The Green Arrow. He lies of course but she doesn’t seem convinced. Thea and Felicity put a spanner in the works of Susan’s plan by hacking into her computer and deleting her files. Thea goes a step further and reports her for plagiarism which results in her being fired. Susan blames Oliver who ends up being pretty pissed off with his sister and ex lover. His anger turns into concern for Thea as he questions what kind of person would do that and compares her to their mother. Is there more to Thea? I mean she has been very quiet recently, and had left Star City for a while!!!

It’s a big week for Dinah as not only is she sworn into the SCPD, she is handed Laurel’s Black Canary mask. Also I must give a special mention to Curtis/ Mr Terrific who has some combat scenes in this episode. Obviously it doesn’t go well for him, but God loves a trier!!!! 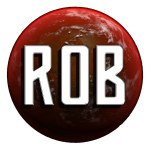